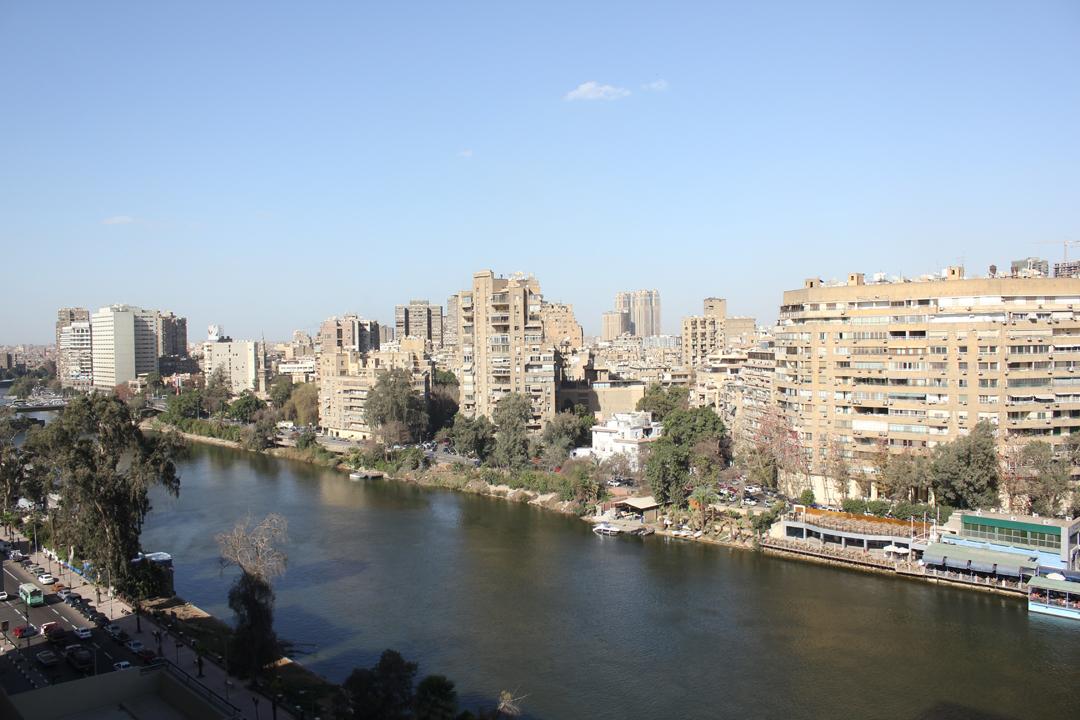 For many, the scope of Egypt's history is difficult to comprehend. Its history covers some five thousand years, and encompasses the origin of civilization, the rise of the Greeks and Romans, the establishment of the Jewish, Christian and Islamic religions, the colonial era when first France and then the English ruled the country, and finally, a return to independence. Egypt has played an important role through all of these eras, and today one can find monuments that evidence Egypt's role in most of the world's historic events, from the beginning of mankind until the present. More and more, we are not only learning about the history of mankind in Egypt, but also about his prehistory, the way that he migrated and finally began to organize communities that eventually lead to a civilized world.

of the first written words of civilization, but we also find great thinkers and writers through the Greek period, into the Christian era, the archaic Islamic period and even modern Nobel Literates.In Egypt, we find ancient pyramids and giant columns supporting massive temples, but we can now find these architectural elements spread throughout the world.
Here, along with the first monumental buildings made of stone, we also find the first paved roads, the first wines and beer and even the first peace treaties between organized governments.
However, we also find the world's first scientists, doctors, architects and mathematicians. Egypt is our window to humanity's distant past and in understanding its history, we find both mankind's greatest glor

ies and achievements, as well as his often repeated mistakes.
We may follow along with the building of empires, only to see them collapse again and again.
We find great men and rulers of renowned, but we often also see their ultimate demise.

And here, we learn about religion, its evolution and, as the world grows older, its replacement with newer religions.
Yet, the ancient Egyptian religion has never really completely died out.
Even today, many Egyptians continue customs, including some aspects of religion, held over from thousands of years ago. In fact, throughout the world, aspects
of the ancient Egyptian religion, particularly funerary, continue to effect our modern lives.
We hope you enjoy our efforts to bring Egyptian history and its monuments to your fingertips.
Here one will find just about every aspect of ancient Egypt, from culture to people, from monuments to knowledge.
Take the time to understand ancient Egyptian history, and we feel certain you will find, within this knowledge, a better understanding of this modern world in which we live.
Language

Official language: The official language of Egypt is the literary Arabic and is used in most written media. Egyptian Arabic is the commonly spoken language, and is occasionally written in Arabic script or Latin script. English, French, and German[citation needed] are also widely spoken and used in business and educated circles.

Arabic languages: Arabic came to Egypt in the 7th century, and Egyptian Arabic has become the modern spoken language of the Egyptians. Of the many varieties of Arabic, Egyptian Arabic is the most widely understood first dialect in the Middle East-North Africa, probably due to the influence of Egyptian cinema throughout the Arabic-speaking world.

A Bedouin Arab minority speaks a variety of Bedouin Arabic mostly in the Sinai Peninsula. Sudanese Arabic is also spoken by the Sudanese minority.

Nubian languages: In the Upper Nile Valley, around Kom Ombo and Aswan, there are about 300,000 speakers of Nubian languages, mainly Nobiin, but also Kenuzi-Dongola.

Historical languages: The Egyptian languages (also known as Copto-Egyptian) consist of ancient Egyptian and Coptic, and form a separate branch among the family of Afro-Asiatic languages. The Egyptian language is among the first written languages, and is known from hieroglyphic inscriptions preserved on monuments and sheets of papyrus. The Coptic language, the only extant descendant of Egyptian, is today the liturgical language of the Coptic Orthodox Church. The "Koiné" dialect of the Greek language was important in Hellenistic Alexandria, and was used in the philosophy and science of that culture, and was also studied by later Arabic scholars.

Other languages: Approximately 77,000 speakers of Beja live in the Eastern Desert and along the coast of the Red Sea.

To Convert from your currency to the L.E. kindly visit this link of the Central Bank of Egypt:

Egypt's economy was highly centralized during the rule of former President Gamal Abdel NASSER but opened up considerably under former Presidents Anwar EL-SADAT and Mohamed Hosni MUBARAK. Cairo from 2004 to 2008 aggressively pursued economic reforms to attract foreign investment and facilitate GDP growth. The global financial crisis slowed the reform efforts.
The budget deficit climbed to over 8% of GDP and Egypt's GDP growth slowed

to 4.6% in 2009, predominately due to reduced growth in export-oriented sectors, including manufacturing and tourism, and Suez Canal revenues. In 2010, the government spent more on infrastructure and public projects, and exports drove GDP growth to more than 5%, but GDP growth in 2011 is unlikely to bounce back to pre-global financial recession levels, when it stood at 7%. Despite the relatively high levels of economic growth over the past few years, living conditions for the average Egyptian is potential growing.

The government of Egypt, as of February 11, 2011, is a republic under military rule after the President of Egypt Hosni Mubarak stepped down following several days of protests.
Legislative power is vested in both the government and the People's Assembly. Egypt has been a republic since 18 June 1953
Since the declaration of the republic, four Egyptians have served as presidents. The first President to take office was President Mohamed Naguib.

The fourth president was Mohamed Hosni Mubarak, the President of Egypt since October 14, 1981, following the assassination of former President Mohammed Anwar El-Sadat.
[1] Mubarak, the leader of the National Democratic Party, stepped down on 11 February 2011, ending his fifth term in office.
Prime Minister Ahmed Shafik was sworn in as Prime Minister on January 29 2011, in response to the 2011 Egyptian revolution; he was succeeded on 5 March by Essam Sharaf, who was selected by protests.
Egypt has started to enjoy the entire democracy as a result of the Revolution of 25 January 2011.
The democratic atmosphere now in all over Egypt will result great progress to the country in all sectors, and Egypt Tourism movement will grow rapidly to make Egypt one of the top five Tourism Countries in the world. The Egyptian people has a high sense of hospitality by their nature, and the visitor to Egypt can feel that from the 1st speech with any Egyptian.
Thus make the tourist very loyal to Egypt and repeat visiting it several time.

The National Cultural Centre is part of the Ministry of Culture and serves as an umbrella organization for all the music or dance companies, galleries, museums and the educational programs of the Cairo Opera House.
It was established in 1988 with the inauguration of the new Cairo Opera House. Its goal is to promote the arts of music and dance and to preserve and renew traditional Arab music.

In order to be more than just a place where music and art are performed the National Cultural Centre wants to give space to learning and inspiration, to the exchange of ideas, the respect of a common cultural heritage, and a shared passion for the arts.
It encourages interest for music and art in the younger generation by offering ballet, voice or instrumental classes for talented children or youths.

Attended by hundreds of thousands each year to watch the magnificent sound and light shows, the legendary Sound and Light shows are presented at the sites of different monuments such as the world renowned Pyramids of Giza, Temples of Karnak, Philae and Abu Simbel; their historical and cultural significance are beyond any words or description. State-of-art technologies of lighting, laser shows and projection are used to visualize and bring to life the mysteries of the Pharaonic Egyptian civilization.